Did you know you could get amazing deals on baby formula? Here are the best sales we have found.

Important: There are GREAT formula deals here on Amazon! 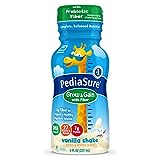 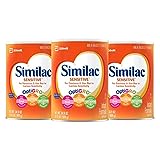 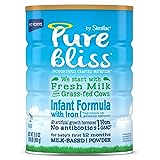 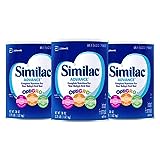 What Else Can You Get This Month?

The following products have great deals available this month. Check them out:

Not sure whether you need milk or soy formula? Here are some thoughts:

If your washing machine feels like it’s constantly on thanks to baby spit up and explosive diapers, you’re not alone. Reflux and runny stools are common among newborns, but you may have a nagging feeling that your baby’s symptoms are down to more than just their immature digestion. As during the first four to six months of life babies receive milk alone, it’s possible that your little one is reacting to something in their milk. Whether you breastfeed or formula feed, your tot may be sensitive to either cows’ milk protein or lactose. While you should always discuss any concerns about your baby’s health with their doctor, this article takes a look at how you might be able to tell whether your infant is reacting to the protein or lactose component of milk.

Milk contains two proteins, casein and whey, both of which are harmless. However, either protein can trigger a response by the immune system in sensitive babies, which gives rise to the symptoms of milk allergy. Your little one is more likely to react to cows’ milk if you have a history of allergy, asthma or eczema in your family, or if your tot already has eczema. Meanwhile, lactose is the sugar present in all mammalian milks. Your body uses an enzyme called lactase to break lactose down into two smaller sugars, but in lactose intolerance lactase is either reduced or absent. As a result, lactose moves into your large intestine, where naturally-occurring bacteria use it as a food source, resulting in unpleasant symptoms. An absence of lactase occurs due to a rare gene, but a reduction in lactase is possible following damage to your intestines after gastroenteritis, surgery or taking certain drugs.

It is far more likely that your newborn has an allergy to the proteins in milk, with as many as 3% of the under 3s having an allergy to milk proteins. Meanwhile, lactose intolerance present from birth is extremely rare. Difficulty digesting lactose is more likely to develop after infancy, with around 30 million adults in the US displaying a degree of intolerance to lactose. However, it is possible for anyone, including babies and toddlers, to develop short-term lactose intolerance.

How do symptoms differ?

How can I be sure?

Although your baby’s doctor will want to rule out other causes of their symptoms, changing your diet if you are breastfeeding, or switching to a specialist formula milk if you are bottle feeding, can indicate whether your baby has an allergy to cows’ milk. Eliminating all sources of dairy from your diet, including milk present in processed foods, should aid symptom improvement within a matter of weeks if your little one is breastfed, though if you see no change within six weeks, cows’ milk protein allergy is unlikely and your doctor will look to other causes. After excluding dairy, temporary milk reintroduction is essential to confirm that symptoms return to avoid unnecessarily restricting your diet. However, a family history of lactose intolerance, premature delivery or risk factors for temporary lactose intolerance may indicate that an early trial of lactose-free formula is more appropriate management in a breastfed infant, as it is impossible to change the lactose content of breast milk through dietary manipulation. Meanwhile, your doctor can advise on appropriate hypoallergenic milk if your infant receives formula, as babies with suspected cows’ milk protein allergy will usually tolerate formula where the milk proteins are already partially or fully broken down. Tests are available to confirm cows’ milk protein allergy and lactose intolerance, which your doctor may recommend.

Rachel has a B.ASc. from the University of...

Scroll back to top