Everyone knows that new mother’s are susceptible to postpartum depression.  But did you know that postpartum OCD is also very common?

Most people don’t, and that’s exactly why we need to start talking about it.

This article contains everything you need to know about postpartum OCD, also known as Obsessive Compulsive Disorder.  If you have any suspicion that you might have it, please consult a professional as soon as possible.

What You Need to Know About Postpartum OCD

Bringing a child into this world is one of the most special and rewarding experiences — and as a parent, I’m sure you can relate.

Of course, the pregnancy itself can be overwhelming and stressful, to say the least. Not only is your physical health affected, but also your mental capacity. For some women, they develop gestational diabetes, whereas others will begin to suffer from mental health issues.

As you can imagine, your body is going through immense changes, especially on a hormonal level. As a new mother, it’s normal to be a little extra paranoid — after all, you want to ensure that your baby is safe. For some mothers, however, this worry is taken to a whole other level, one that can be rather frightening.

What Is Postpartum OCD?

Most are aware of obsessive compulsive disorder, better known as OCD — but is it possible that onset can occur due to pregnancy? Can you develop symptoms following the delivery of your child?

The short answer is, yes — you can suffer from postpartum OCD, leading to symptoms that may make you feel as though you’re suffering from some level of psychosis.

The truth is, a range of psychiatric disorders can arise during and immediately after pregnancy, which has been recognized amongst researchers for numerous years. You have likely heard of postpartum depression, but OCD with a perinatal onset is less commonly discussed — but no less concerning. In a nutshell, this condition causes individuals to:

Currently, the amount of research regarding OCD in pregnancy is fairly scarce. With that being said, some key studies have been published. For the most part, these reports have focused on case studies and various patient records. It’s important that we better understand this disorder, because it can be extremely distressing.

Although OCD can take on numerous forms, for new mothers, their thoughts and actions can significantly affect the bond they have with their child, as well as the child’s development. Unfortunately, this condition often causes new mothers to experience intrusive, often disturbing thoughts.

This can lead to compulsive rituals, as new mothers with OCD feel the need to continually check their baby to make sure that he/she is still alive. Unlike psychosis, postpartum OCD means that you will be terrified of committing harmful acts, neutralizing your obsessions with other thoughts and behaviors. You’re aware of your strange, possibly violent thoughts — with very few cases ever ending in violent acts.

How Common Is Postpartum OCD?

Based on the estimated prevalence of OCD, in the past it was believed that around 2-3 percent of women will develop this intrusive disorder. Based on a 2013 study, published in The Journal of Reproductive Medicine, the true prevalence of this condition may be much higher than initially expected.

Researchers followed a total of 461 women who were recruited after giving birth. For each patient, their obstetric, demographic, and psychiatric information was collected. Screening tests were completed at 2 weeks and 6 months in relation to anxiety, OCD, and depression.

At 2 weeks, they found that 11 percent of women screened positive for postpartum depression. At 6 months, nearly half continued to showcase persistent symptoms, with an additional 5.4 percent developing new OCD symptoms. It was concluded that in relation to the general population, the postpartum period is a high-risk time in terms of OCD symptoms.

In fact, it’s now believed that postpartum anxiety, a possible precursor for OCD, may be more common than postpartum depression. Within another 2013 study, published in Pediatrics, the researchers screened over 1100 new mothers. What they found, was that 17 percent of these women suffered from anxiety, whereas 6 exhibited symptoms of depression.

This was not only the case within the first few weeks postpartum, but at 6 months, anxiety continued to remain more common than depression. The researchers noted that new mothers are often screened for depression, but not anxiety — and if this was addressed, outcomes could potentially improve.

In fact, although this is now a well-known issue, research on postpartum anxiety disorders is still within its early stages. Within a recent review, published in the Journal of Affective Disorders, after analyzing 58 studies, it was estimated that approximately 8.5 percent of postpartum mothers deal with one or more anxiety disorders — but this figure may be significantly higher.

OCD is, of course a form of anxiety disorder, and the issue is, postpartum anxiety often goes undiagnosed. As discussed below, anxiety-related conditions can be triggered by a range of possible factors. In addition, moms that suffer from these conditions often describe themselves as naturally anxious and sensitive, with a Type A personality.

Why Do Some Women Experience This Disorder, But Not Others?

Whether you’re currently pregnant, have recently given birth, or are trying to conceive, you may be wondering — are there any significant risk factors associated with postpartum OCD?

Like most mental health conditions, there is not generally one specific cause. In many cases, how this condition develops, is uniquely based on the individual, in related to possible genetic, biological, and environmental contributing factors. With that being said, some of the possible risk factors include:

If I Notice Warning Signs, What Should I Do?

If you begin to experience distressing symptoms in relation to motherhood, it’s important that you’re aware that although serious, this condition is treatable. Please know that although you may be fearful of your obsessions and compulsions, thinking that you should keep them to yourself, help is available.

Acting immediately can ensure that your condition does not interfere with your ability to bond with your baby. Although medications are available that act on the serotonin system, known as SSRIs, if you’re concerned about possible side effects or the possibility of SSRIs transferring through your breast milk, cognitive behavioral therapy (CBT) is available.

Like other aspects of OCD, CBT is highly effective. In fact, in most cases, CBT alone is successful. This will depend on your circumstances and personal health, which is why you need to immediately seek a professional opinion. Once you begin your treatment plan, maintaining recovery will be essential. You can focus on the REACH approach for optimal health and recovery support. 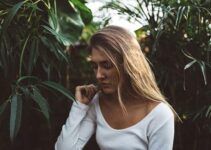 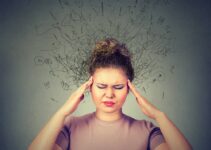 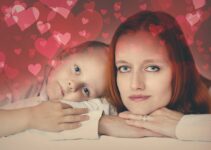 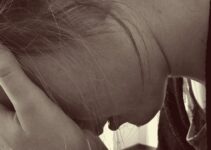 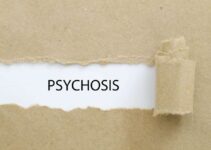 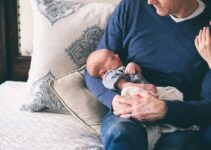 1 thought on “Postpartum OCD: Why We Need to Talk About It”