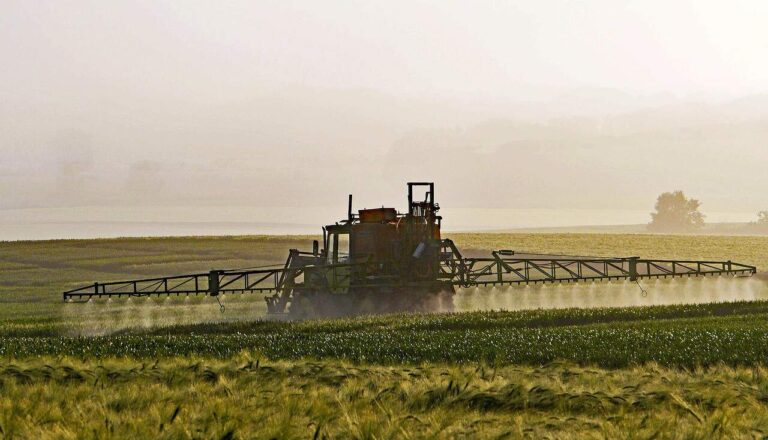 From asthma to diabetes, Alzheimer’s to cancer, there are a wide range of common diseases that currently threaten public health. Although each of these diseases are caused by varying factors,there is one variable that has been connected to all of the above — pesticide and chemical exposure.

How is it that pesticides affect the body, leading to an increased risk of disease?

This is what we’ll be exploring today, focusing on the impact of pesticide use — as well as the link between these chemicals and specific diseases/disorders.

At this time, more research is required in order to confirm a direct cause-and-effect relationship between pesticides and disease.

With that being said, many of the potential long-term effects are not yet fully understood.

With pesticides being linked to so many negative health outcomes, one thing is certain — we need to rethink the levels of our exposure.[/pullquote]

Pesticide Use and the Environment — Everything is Connected

After World War II, chemical pesticides became the most commonly applied form of pest control. Believe it or not, the first pesticides were highly toxic compounds, including hydrogen cyanide and arsenic. From this point, pesticides have evolved in terms of formulation, but have continued to be toxic and often insoluble.

Since the initial influx of pesticide use, scientists and farmers began to notice changes within the local environment. Bird and fish populations were being noticeably affected, especially in relation to Dichloro-diphenyl-trichloroethane (DDT) use. Although there was a clear, direct toxicity to species such as fish and crabs, it was then found that these chemicals also led to indirect toxicities — leading to bio-accumulation in the environment and living species of plants and animals.

Since concentrations would be highest in species at the top of the food chain, populations of predatory birds began to significantly suffer. The peregrine pelican, for example, became extinct within the eastern US in the 1960s, due to reproductive failures. At this point, DDT was found in everything from the fatty tissues of seals to human breast milk.

With concerns continuing to circulate over the years, these types of heavy pesticides were replaced with a new class of chemicals. From herbicides to insecticides, pesticide resistance has led to a whole host of new issues, especially within the environment.

When you think about how various ecosystems are affected by pesticide use, it’s clear that there’s a direct link to humans. Considering steelhead and salmon in the Pacific Northwest are placed at risk due to 37 different pesticides, the food chain is a classic example of how this domino effect impacts human health.

Pesticides and the Human Body 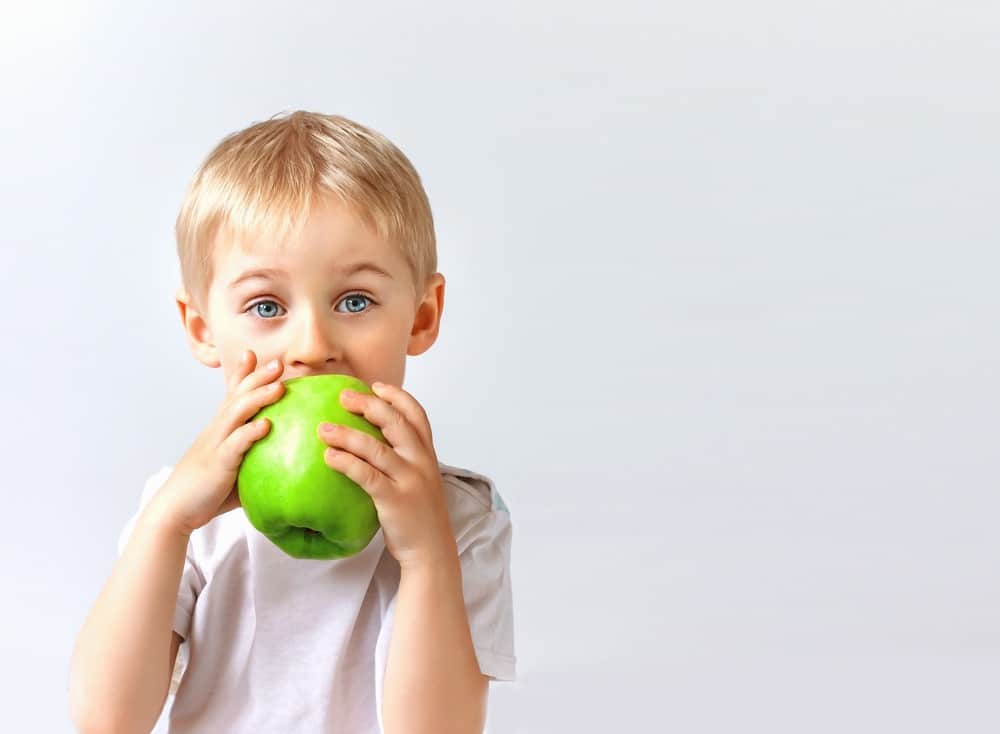 Did you know that there are between 20,000 and 67,000 pesticide poisoning cases in the United States each year? Although these are acute cases, they should be taken as a warning.

These are the types of cases that lead to more immediate symptoms based on high dose exposures. However, it is the more controversial chronic exposure that we need to be concerned about. When we are exposed to lower levels of pesticides over time, how does this affect our internal organs?

From contaminated drinking water to pesticide residue on crops, it is this type of exposure that is believed to increase our risk of cancers and other fatal diseases. From our immune system to our reproductive system, our nervous system to our endocrine system, all aspects of our health appear to be at-risk for damage.

As stated in one key study, published in Frontiers in Public Health, there is an urgent need for a new concept in agriculture. As humans, we are exposed to pesticides through contact with the skin, inhalation, or ingestion. These chemicals are then either metabolized, stored, excreted or accumulated in body fat.

The researchers within this study are concerned that ‘safe’ levels underestimate the true health effects, and ignore the body’s response to chronic exposure of various chemicals. From autism to Parkinson’s, hypertension to strokes, these concerns have been expressed time and time again due to the available research. 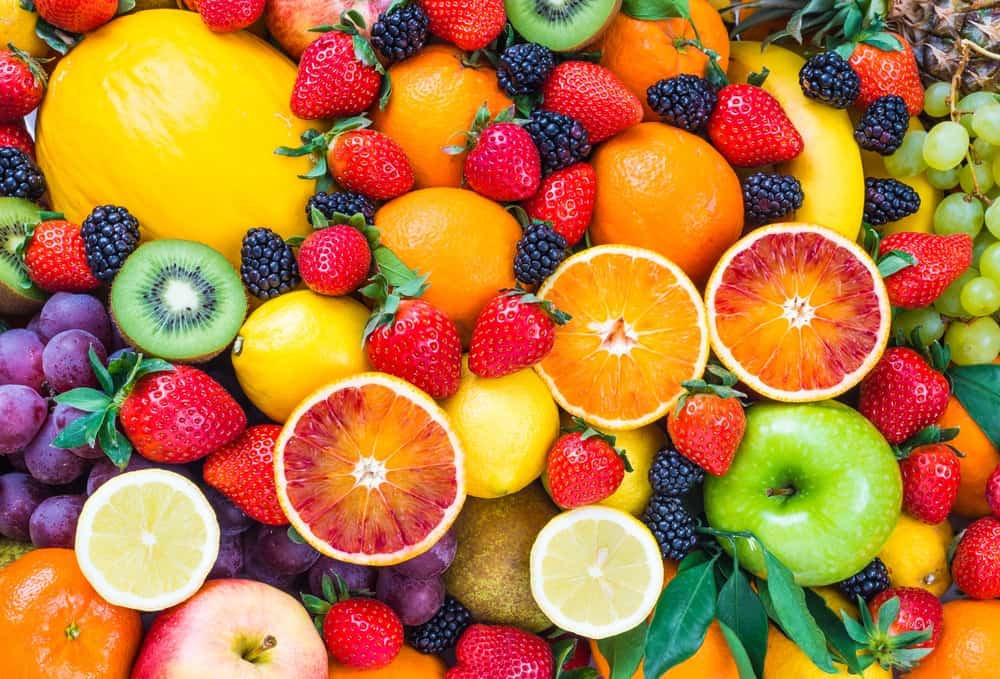 Since pesticide exposure impacts so many internal systems, there is a vast range of diseases linked to these chemicals. While focusing on the research, it’s clear that there is a connection — yet little progress has been made to alter our global or even national approach.

To better understand this connection, the following diseases and disorders are just a few reasons why we need to be concerned. Although comprehensive, this list is only the tip of the iceberg regarding environmental and human health concerns. As new discoveries are made, it’s imperative that we address current systems and policies.

Both Alzheimer’s and Parkinson’s are types of neurologic diseases, the first one causing a type of dementia, the other affecting nerves that control movement. Being an umbrella term, dementia causes significant memory loss in conjunction with other behavioral, cognitive and emotional symptoms. Since pesticides are a major concern regarding the human nervous system, these two conditions have been widely studied.

It is well-understood that acute, high-level exposure to pesticides can lead to neurotoxic effects — however, less is known about chronic exposure. Being the second most common neurodegenerative disease after Alzheimer’s, Parkinson’s has been linked to pesticide exposure within a number of studies.

Shown to wither dopaminergic neurons through free radical production, this cellular damage can lead to impaired function. In one study, published in Neurology, researchers were interested in the connection between alterations of ALDH enzymes (which help metabolize proteins, fats and toxins) and Parkinson’s risk.

What they found, was that when exposed to ALDH-inhibiting pesticides, people developed a 2- to 6-fold increase in Parkinson’s risk. This is particularly important for genetically vulnerable individuals. While focusing on Alzheimer’s, similar discoveries have been made. At the end of the day, pesticides are known neurotoxins — so this link is not shocking.

Although results have been inconsistent throughout the research, the potential association between long-term, low-dose pesticide exposure and Alzheimer’s is certainly something to consider. Based on one meta-analysis, which included seven studies, it was found that high-quality studies tend to show a significant relationship between pesticide exposure and Alzheimer’s.

2. Autism, ADHD and Other Developmental Disorders

While focusing on autism, researchers have been concerned with its rising rates — with symptoms ranging from mild to severe. When you look at the research, there is a clear link,  yet little has been done. Within one VICE report, it was stated that the EPA was sued for refusing to ban a pesticide that has been linked to autism.

Known as chlorphyrifos, these chemicals have been shown to cause brain damage in children. Unfortunately, the Trump administration reversed the recommended ban initiated by the Obama administration. Being used in greenhouses, on crops, and on golf courses, pregnant mothers who have been exposed to even low levels of this pesticide can give birth to children with potentially irreversible, long-term brain abnormalities.

One incredible study, showed that when living near agricultural sites, pregnant women were six times more likely to have a child with autism. Children of mothers living near pyrethroid insecticide applications just before conception or during the third trimester were at greater risk for both developmental delays and autism spectrum disorders.

Within another study, it was found that a common household pesticide was linked to ADHD in children and young teens. This was particularly true regarding hyperactivity and impulsivity, in comparison to inattentiveness. The link was also stronger among boys than girls.

While studying 3-PBA levels in urine, a biomarker that indicates exposure, it was found boys with detectable levels, were three times more likely to have ADHD in comparison to boys without detectable 3-BPA levels. In fact, for every 10-fold increase in levels, hyperactivity and impulsivity increased by 50 percent.

There are over 100 types of cancer, some of which have a better prognosis than others. Being significantly relevant in regards to chemical exposure, researchers believe that pesticides have an effect on cancers ranging from prostate to leukemia. There is no shortage of research, especially while focusing on childhood cancers.

Although this is startling, these rates do not improve into adulthood. In fact, within the course of a lifetime, one out of every two men and one out of every three women will likely develop cancer. Now considered a part of modern culture and society, there is nothing ‘normal’ about this disease.

Although highly complex, to put it simply — chemicals, in this case, pesticides, can trigger cancer due to hormone disruption, DNA damage, inflammation, and more. Known as ‘carcinogens’ — these substances essentially promote cancer in otherwise healthy but susceptible individuals.

This one may sound odd, as diabetes is commonly associated with elevated blood sugar levels due to insulin resistance, an extensive literature review showed that pesticide exposure increases the risk of type II diabetes by nearly 60 percent. These findings were reported at the European Association for the Study of Diseases 2015 Meeting.

While focusing on an overview of related research, this meta-analysis identified 22 studies that assessed the association between diabetes and pesticides. Showcasing a significant link between pesticide exposure and risk of diabetes, scientists now believe that environmental contaminants may play a role in the development of this disease.

Since the mid-1980s, rates of asthma have skyrocketed in the United States. Affecting approximately 16 million people, this chronic condition can be life-threatening. With over 40 studies linking pesticides to asthma, this research not only shows that pesticides trigger asthma attacks — they may also be a root cause.

According to recent research, conducted by scientists at UC Berkeley, children who live near farms that use the pesticide, elemental sulfur, are at an increased risk of respiratory problems. Being the most heavily used pesticide in California, elemental sulfur use was linked to poorer respiratory health. This included more asthma-related symptoms and reduced lung function.

This is a classic example of a pesticide that has been deemed ‘safe’ by the Environmental Protection Agency, in relation to both the environment and human health — while the research shows otherwise. The authors believe that further research is urgent at this point, so that regulations and application methods can be addressed.

As our health continues to suffer, we must begin to consider the weight of our choices. Pesticides are designed to kill — and just because they are diluted, does not mean that they are not influencing our short- and long-term health. As a society, we need to realize that these pesticides benefit a small percentage of the population, while significantly threatening public health.

Tom Philpott said it best, “The same companies that control the seed industry also control the majority of the pesticide industry… They have sort of rigged this game up where they’ve turned failure into a business model.”

With so many rising food allergies, we must ask ourselves — “are we allergic to food, or are we increasingly allergic to what has been done to it?