Sometimes “short and sweet” is just the only way to go.

Many of us have dealt with having a name every teacher, banker, or restaurant worker mispronounces, and there’s nothing more annoying than constantly explaining your name. A nice, simple name will save your baby boy that trouble, and besides, there are some great one-syllable names out there.

Here are some trendy names for you to consider:

With Blake Griffin being a premier NBA power forward for more than a decade, you can bet there will be a lot more Blakes in the coming generation as avid basketball fans who grew up watching the 6-foot-9 all-star jump over cars in the slam dunk contest begin having baby boys of their own. Blake actually comes from Old English, and means dark, and is a great one-syllable baby boy’s name whether you’re a basketball fan or not.

Another athlete name, this time one boasted by MLB superstar Bryce Harper, our second one-syllable boy name literally means “freckled.” If you have those ginger genes, then this is the perfect one-syllable baby boy’s name for your freckled little guy on the way.

Obviously, when English speakers hear the word “Chase,” they’re most likely to think of the word meaning “to run after.” But the Chase is actually a French name that comes from the related French word meaning “to catch or seize.” This is an excellent one-syllable name to teach your baby boy to chase what’s important to him.

Nowadays, the name “Drake” will most likely be associated with the multi-time grammy-winning rapper. The name also shares an etymology with the word for dragon, so any fantasy nerd will love this name. Whether you’re a rap junkie or a high fantasy expert, this is the perfect one-word name for your baby boy.

Not to be mistaken with the slang word for “man,” Guy is actually a Hebrew name that means “ravine.” This lovely one-syllable boy’s name shaves a syllable off the English translation, and it’s the perfect name for the baby boy of any nature lover.

Gage is of French origin and has historically been an English surname, but it’s also a great short first name for your baby boy. This one-syllable name has the great meaning of “pledge” or “oath.” Give this moniker to your son if you want to instill in them the value of sticking to their word.

This short-and-sweet name is of Celtic origin, and it means “edge.” While the name Kent comes from a county in southern England, this one-syllable boy’s name is a great way to teach your son that it’s okay to be a little rough around the edges and that there’s nothing wrong with embracing his flaws.

While this name is of English and Irish origin, there really isn’t any deeper meaning behind it. But sometimes you don’t need a deeper meaning. Sometimes you just want to pick a name because it sounds nice. If that’s what you’re looking for, then Hayes is a great choice. This is a catchy one-syllable old English name that rolls off the tongue.

This popular first name means “to find or discover” and it’s the perfect short name for your son. Give your baby this one-syllable name to set them on track for a life of curiosity from day one.

The final name on this portion of our list of one-syllable boy names, Troy is a very popular name that’s about as time-tested as they come. Drawings its origins from Ancient Greece, this is one of the best one-syllable names out there for any parent that wants their child to have a given name that embodies strength and athleticism.

Nature-inspired names are as old as humanity itself. There’s just something comforting about a name that comes from a type of tree, a river, or an animal. And if you can keep that beautiful imagery to one-syllable, that’s even better. Here are ten of our favorite one-syllable boy names that come from the beautiful world of mother nature.

Not to be confused with the results of a fire, ash is also a tree that’s otherwise known as “Fraxinus.” But I think you’ll agree with us that “Ash” is a little catchier and easier to pronounce. One-syllable names are just better than three-syllable names. You can’t go wrong naming your son after the ash tree.

Beck is a name of Middle English origin that means “stream” or “small river.” As a little bonus, Beck is also the name of a critically-acclaimed rock musician who’s released fourteen studio albums and has won multiple Grammy awards. Whether you’re a nature lover or a music lover, this is a good one-syllable name for you.

There’s just something warm and comforting about the name “Birch.” The tree that serves as the namesake for this moniker is described as being slender and fast-growing. This is one of my personal favorite short boy names, and it serves as a reminder to your son to always strive for self-improvement.

Coming from the Welsh word for “rock,” Craig has been the given name for all-star baseball players like Craig Biggio and Craig Kimbrel, and the last name of stars like Daniel Craig. This name is one of the most tried-and-true single-syllable names out there, and it’s an excellent name that embodies sturdiness and resilience.

You just can’t go wrong naming your baby boy after a creature as majestic as the fox, which holds a crucial role in the mythology of many different cultures.

When you hear the neam “Heath,” you probably think of the late actor Heath Ledger. But a heath is also an “area of open land where grass, bushes, and other small plants grow.” This nature-inspired name conjures up some beautiful imagery and makes for a great first name.

Most people would probably think of Holt as a more common last name, but it makes for a great first name that’s a little off the beaten path. This unique first name means “a small wood or grove of trees” and it’s the perfect one-syllable name for any camping enthusiast that wants to give their son an easy-to-pronounce name.

Another name that you probably consider a last name, I think the source of this name is pretty self-explanatory. Just like Holt, this is a great name that you can get creative with and turn into a first name. It can make a great middle name too.

An English word for marshland, Vance is a great one-syllable name that’s used by everyone from athletes and celebrity names to politicians. Embrace nature with this mono-syllabic name.

What’s a better source for baby name inspiration than the world’s number-one bestseller? There are more names for boys from the Bible than we know what to do with, but only a select number of those names are limited to one syllable. Here are our favorite Biblical one-syllable boy names.

While you may think of Dan as being short for “Daniel,” it’s also the full name of one of the many sons of Jacob, and it means “judge.” This is a great religious name that’s not quite as typical as “Adam” or “Noah.”

This nickname for “Jacob” is a great choice for any Jew, Christian, or Muslim that wants a shorter version of the name of the prominent Abrahamic figure.

Joel, one of the Jewish prophets, is a beautiful one-syllable name that literally means “worshipper of God.” This is a beautiful, religious, name that will remind your son of his faith.

The English version of the name of King Saul’s son and separately one of the most prominent of Jesus’ disciples, this is a name for any member of the Abrahamic faiths. You can even forego the longer “Jonathan” and simply list “John” on your son’s birth certificate.

Although he was not a direct disciple of Jesus, Saint Mark is the author of one of the four Gospel accounts and played a vital role in spreading the Gospel as a missionary in the early church. This is an excellent mono-syllable name of great religious significance.

Paul the Apostle, more commonly known as Saint Paul, is one of the most prominent figures of Christianity. His teachings are particularly relevant in Eastern Catholic and Orthodox traditions, and this is a great name for any follower of the Bible.

The shortened version of Samuel, which is itself the English version of Shmuel, this name is derived from the great prophet who acted as a guide for the kings Saul and David. Sam is an excellent name if you want your son to grow up to be patient and wise.

Seth was the third son of Adam and Eve, and while he doesn’t get the same attention as Cain and Abel do, his story is also one of significantly less strife. This is a great choice if you want a biblical name that’s still a little less classic.

While you might think of Tom as being short for “Thomas, it’s actually also a Hebrew word mentioned in the bible that means “innocence” and “integrity.” This is a great biblical name that will help your son maintain their innocence and moral fortitude.

Zack is short for Zechariah, Zachary, or Zacharias and there are multiple figures with this name throughout the Bible. Most prominently, the original Zechariah was a Hebrew prophet, while another Zechariah was the father of John the Baptist. Zack is a rich name that will draw upon the legacy of multiple biblical figures from all religions that draw upon the holy text.

That brings us to the end of our list of one-syllable boy names. We hope you found the name you’re looking for. Good luck! 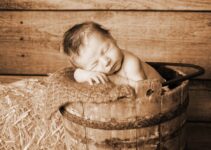 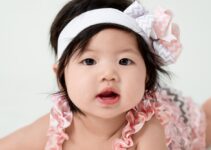 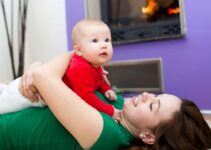 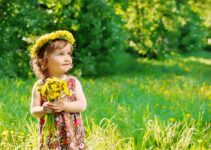 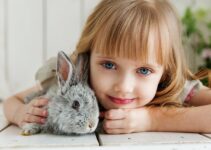 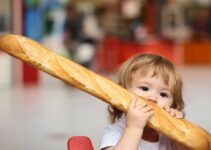 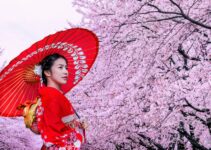 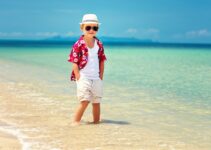